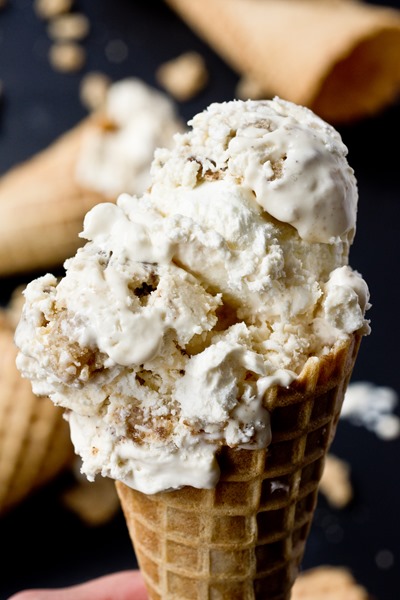 I’ve talked a little about how my eating has changed since I’ve been pregnant.  It is so liberating to be able to enjoy food and worry less about the calories, more about what I’m putting into my body.  Not that ice cream and the myriad of other desserts I’ve enjoyed are the healthiest things to consume, but really truly enjoying them without guilt about exactly how many calories is in any single bite is quite freeing.  For example, I used to be pretty “strict” when getting frozen yogurt.  I often stuck with things like fruit and graham cracker crumbs because I knew they were the least caloric of the toppings.  Obviously frozen yogurt was still a treat, but the way I did it, there was a hard limit.  Now, I don’t go too crazy, but I’ve definitely been more liberal when it comes to the toppings bar.  Peanut butter sauce? It’s a must.  Heath bar?  Almost always.  And one of my new favorites?  The coffee cake crumb topping that they have at 16 Handles.  I mean, it’s pure butter and sugar, how could it possibly be bad? 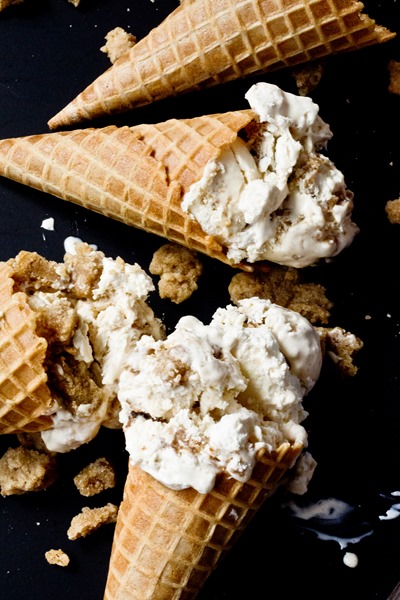 Well, if I can enjoy coffee cake crumbs on my fro yo, why can’t I take things one step further and really enjoy them in my ice cream?  Let’s just say this was a very good move.  Vanilla ice cream + LOTS of crumb topping + cinnamon brown sugar swirl = some sort of heaven.  Again, I’m going with an easy no-churn (aka NO ice cream maker needed) approach.  Your patience for allowing the ice cream for freezing will be rewarded, I promise.